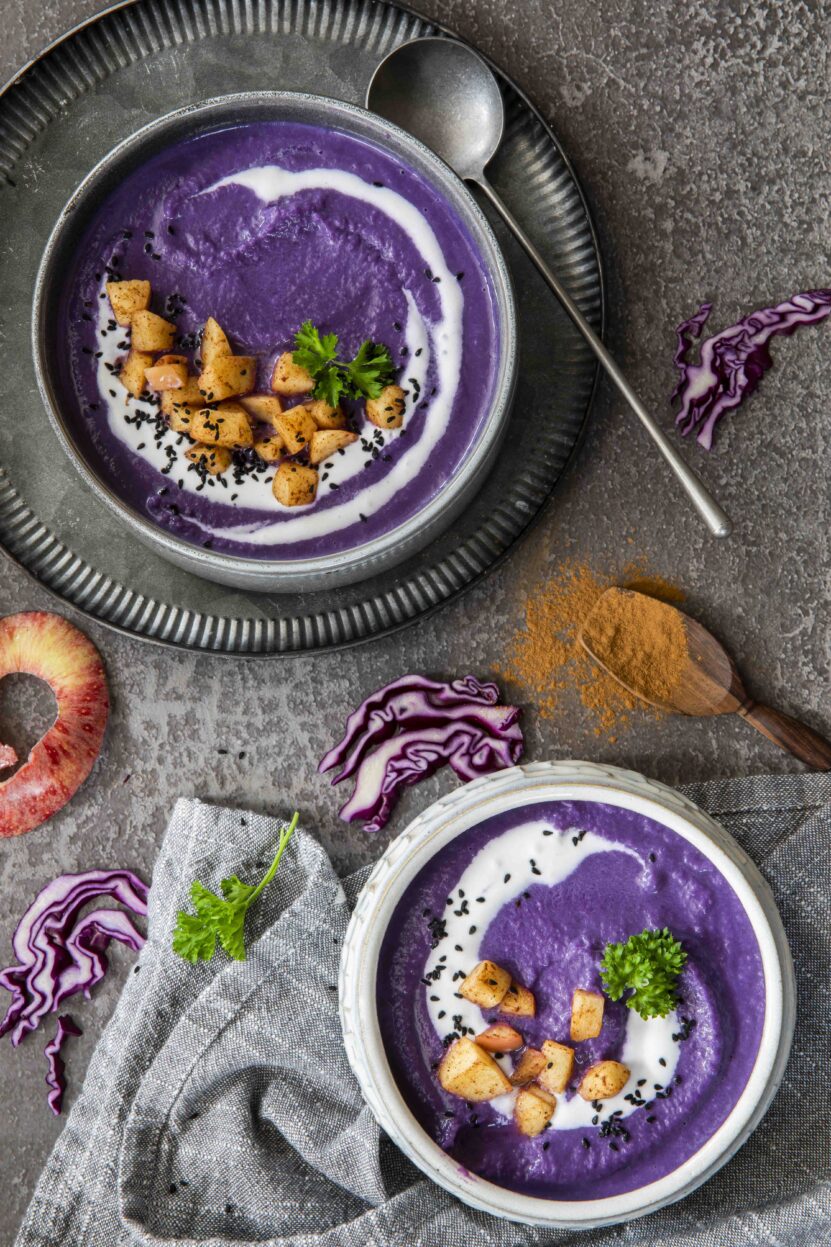 Surprisingly tasty, very nutritious and what a beautiful colors!

Prevent your screen from going dark

Witch soup… the kids shouted… I hadn’t planned it that way myself, but coincidentally we ate it for Halloween… There was still a red cabbage in the fridge that I started working with. This soup is very easy to prepare and has few ingredients. Within the hour she was served and it was such a feast that the pan was licked out. So no leftovers. Not only the taste is surprising, but also the color. Nice to serve as an appetizer in small glasses during the upcoming holidays… You read it already… I will definitely prepare this again because it was just delicious! 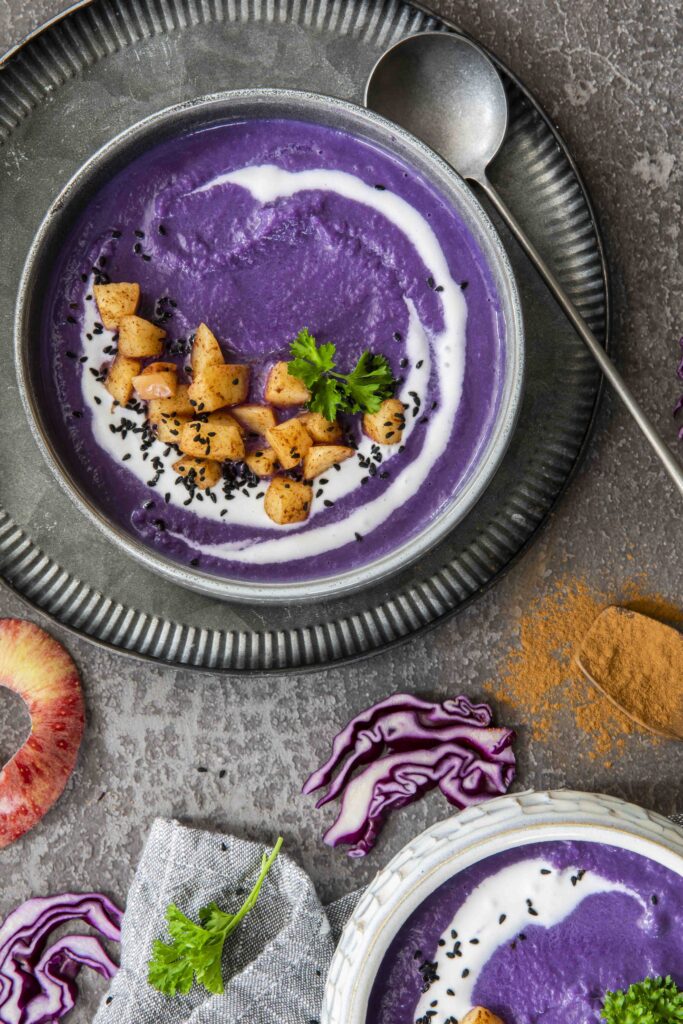